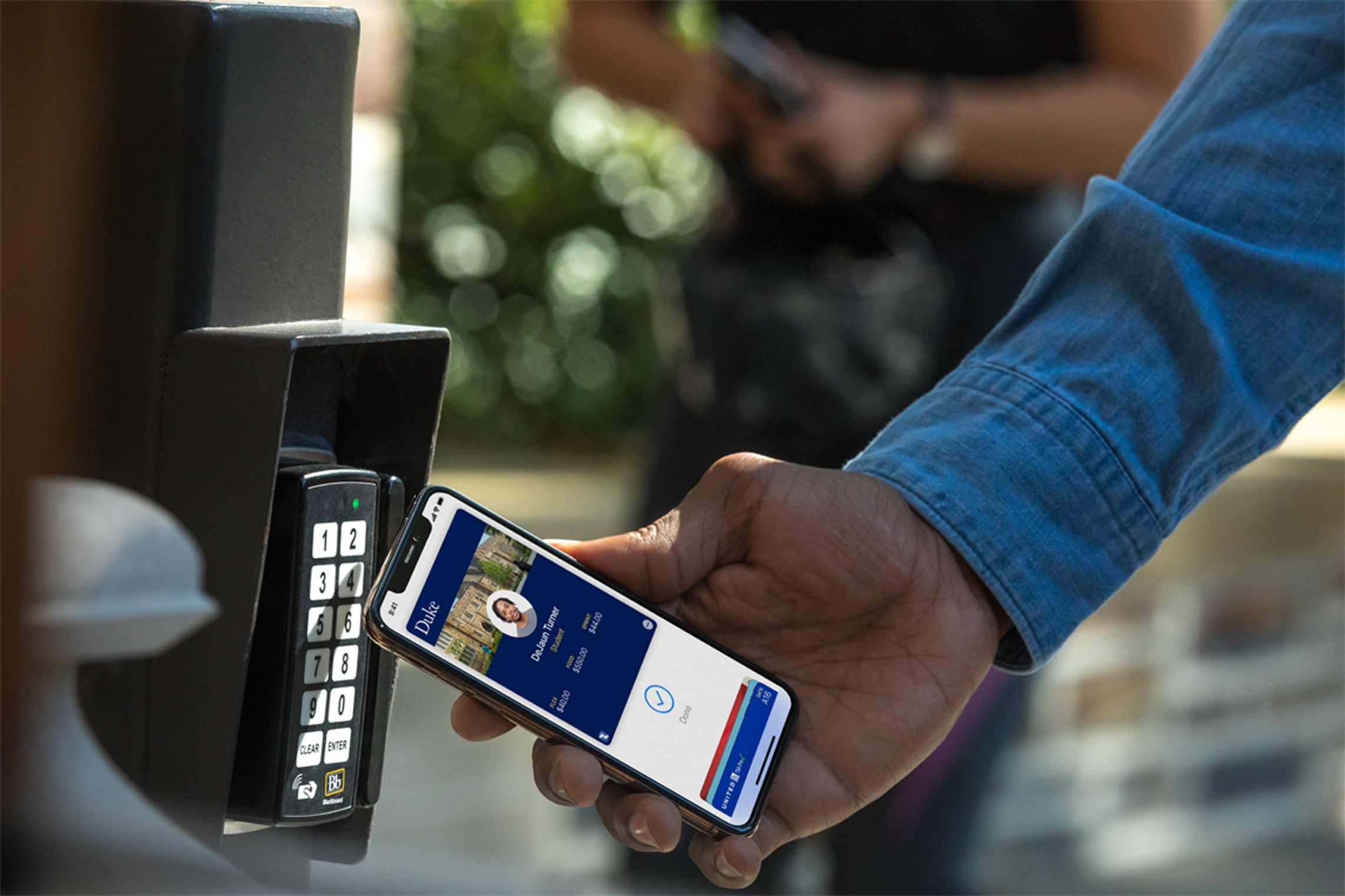 FREE webinar details Blackboard Mobile Credential and how to deploy

We're living in a post-mobile credential era on campus. Blackboard’s Mobile Credential has been in the wild since October and is now fully available to students on four campuses, with two more in tow.

Temple University, the latest Blackboard campus to go live with Mobile Credential, has seen a very positive response to the use of Apple devices for campus transactions. The university reported provisioning some 5,000 mobile credentials in its first day and a half alone.

At other launch campuses, the solution has seen similarly high levels of adoption. Duke University, one of the initial three campuses, has reported some 70% of its freshmen class have already been provisioned a Mobile Credential.

At yet another of the launch campuses, the University of Alabama, issuance rates continue to strengthen. “The response from the students has been excellent,” says Jeanine Brooks, Director of the Action Card at the University of Alabama. “We continue to trend upward daily in the number of mobile Action Cards provisioned to our students, faculty and staff.”

“From day one, provisioning has gone very smoothly for our campus community with the program,” adds Brooks. “Students are very comfortable with the minimal process to add their Action Card to their iPhone or Apple Watch, and once they’ve downloaded, a lot of them spread word of the program to their friends.”

Having gone live in October, the launch campuses missed the busy freshmen orientation window, which likely would have boosted adoption rates even higher. “We’re seeing pretty amazing numbers,” says Dan Gretz, Business Development at Blackboard. “We all had high hopes for adoption coming into it, but to arrive where we have from the October launch date is a great story.”

Universities are starting to look at this [Mobile Credential] differently than they’ve looked at card technologies they’ve deployed before, Gretz adds. “This isn’t being viewed as purely a utility, but also as a strategic differentiator for the institution.”

A modern solution for a modern student

Using mobile devices to support daily function is now common practice. But this particularly strikes a chord with college students for whom the smartphone is perhaps the most prized possession.

But using smartphones isn’t just reactionary anymore, as students are increasingly identifying the utility that their devices carry. In fact, it was a student-driven initiative that inspired Alabama’s adoption of Mobile Credential in the first place.

“It was important for us to launch Mobile Credential as our Student Government Association had issued a resolution in late Fall 2016 requesting a mobile card option for the Action Card program,” explains Brooks. “This was a lesson learned as we viewed the convenience of the current plastic card differently than the students did.”

“We realized we had built a campus-wide enterprise program, integrated with multiple campus systems, with the plastic card as the tool to access those systems,” adds Brooks. “But students would forget their card and would have to either go back to find it, do without access to a number of campus services that day, or pay for a replacement card.”

Early experiences at Alabama suggest that transactions via mobile credentials could be adding new levels of efficiency.