Marshall University students will soon be able to enter campus dining halls with their fingerprint, adding an alternative to the student ID card.

As reported by the Marshall Parthenon, two campus dining facilities will be included in the biometric access system for now and students are currently engaging in the fingerprint enrollment process. The implementation of fingerprint biometrics marks the first foray into large scale biometric access at the university. Bob Dorado, Marshall's campus card manager, stresses the system will not replace existing student ID card access, but rather offer another option for dining hall entry.

“It works exactly like if you were presenting your meal card or ID card. It’s just using your fingerprint. It works through the same card system," Dorado said in a Parthenon interview. "It deducts your meals, it checks your balances, it’s just another option in place of the card.”

"It’s something we’ve looked at for a long time, we’re always concerned about the security and the price, and all those things have evolved to where it’s an affordable solution and it’s very secure,” Dorado said.

The new biometric system is still in the testing phase at present, though Dorado says it is already working well. Should the system continue to impress, the university will continue its use next semester with further plans to expand use to other areas of campus.

“I think as long as things go well here the remainder of this semester, it’ll be back and maybe in some other places,” Dorado said. “I certainly hope we can; I think in time we will. This was just kind of a good place to test the technology and how it worked with our card system, and so far, it’s gone really well.”

One of the primary reasons that Dorado and the card office staff decided to implement biometrics was convenience. A hallmark of any biometric access system, fingerprint access doesn't require anything but the user themselves to gain entry. Students routinely lose or forget their student ID card, so this system will offer some added flexibility to those students that opt into the fingerprint access program.

Security was also considered in the decision making process. “Our main interest in it is obviously convenience, but on the same side, it can help with theft, because if somebody gives their meal card to another person to use or sneak in, that raises the food cost for everybody,” Dorado said. “The more secure we have our entry, especially to cafeterias where you don’t have a set amount of meals, the more that helps everybody. Less theft helps keep costs down.”

Fingerprint access is an entirely opt-in program, and interested students with meal plans can visit Marshall's campus card office to enroll. The enrollment process takes less than a minute and scans both the right and left index fingers. 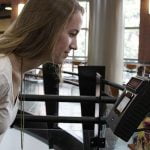 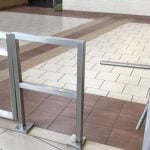 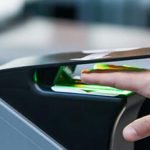