Higher One Holdings is seeking a buyer and has contacted private-equity firms, said three people with knowledge of the discussions, according to a Business Week report.

Higher One is using Goldman Sachs Group to canvass potential buyers, said the people, who spoke on condition of anonymity because the matter is private.

Ken Goff, a Higher One spokesman, said it’s the company’s policy not to comment on “rumor or speculation.”

In May, the U.S. Public Interest Research Group said in a report that campus debit-card programs sometimes charge fees that are “unnecessary and unfair” and that the companies use “aggressive” marketing.

Earlier this week, Higher One released a statement that it aims to make its checking account fees and terms more transparent and simpler for consumers to understand and that it would follow recommendations made by the Pew Charitable Trust that calls for financial institutions to standardize their disclosure forms. 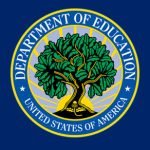