Stolen laptops or hacked student databases are one thing, but lost student loan promissory notes? That’s what Florida’s Department of Education is telling 475 student-loan borrowers. According to the Office of Financial Student Assistance, the students’ financial records may have been exposed to identity theft due to the lost notes that students signed when they were going to school, and have now fallen behind on. 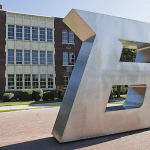