The use of the student ID card beyond the confines of campus has been a topic of discussion in recent months, particularly as it relates to services like voter ID. Moreover, with continued reports of fake ID use among college students, the discussion over whether sensitive personal data such as birth dates should be printed on cards. Now, reports out of Iowa and Illinois are serving as a further reminder that the use of fake IDs remains a concern in college towns.

Law enforcement officers in the states are cracking down on college students' use of fake identification, and according to Iowa State Daily, the Ames Police Department cited 16 restaurants selling alcohol illegally to minors, with each restaurant being fined $735. Whether the result of more robust fake credentials, or a more lax ID vetting process at the door, the problem has inspired some to rethink their policies.

One restaurant cited in the Iowa sting has a new regulation regarding IDs in an effort to combat the fake ID conflict with college students. The restaurant will not accept vertically oriented licenses even if the patron is 21 years old, and the only ID permitted is a horizontal, state-issued ID. In Iowa, individuals under the age of 21 are issued vertically printed driver licenses, while legal aged individuals that renew their license after their 21st birthday receive the horizontal license.

This adds to a growing trend of using not only tech systems to vet IDs, but also gives bouncers a quick and easy graphic and design cue to verify the card's legitimacy. In relying on a simpler method of verification, mistakes are less likely to occur.

In Illinois, similar to Iowa, citations for fake identification cards are rampant and the consequences are hefty. According to Vidette Online, if a student loans their ID to a friend or uses someone else's ID, that student can be charged with a Class A misdemeanor.

Even the student that allows someone else to use his or her ID is still subject to punishment under state law. Usually, the fake ID is sent to the Secretary of State’s office, and both the user and the person who offered the fake ID receive a license suspension.

Worse still, if an individual produces or purchases a counterfeit identification card, they could be charged with a felony. A serious offense, the Class 4 felony could affect all future job applications as it would require full disclosure to prospective employers. In an attempt to counteract the conflict in Illinois, several bars have ramped up their efforts to confiscate fake IDs on sight. 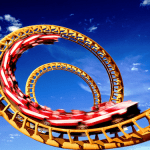