A handful of companies have such devices in use at universities covering both the Palm operating system and the more elaborate-and often pricier-Windows CE system.

The reason is simple. The ability to check student eligibility helps universities weed-out those who may have graduated or dropped out but still possess a student ID card.

Charles Cagliostro, TokenWorks president, says his inexpensive system-costing about $500 for the reader, software, and the Handspring Visor PDA-could literally pay for itself in one weekend of use.

Mr. Redwine, with personal experience to back him, agrees.

Many schools allow students to get into certain events, such as football games, free of charge. However, non-students have to pay. “Until now,” said Mr. Cagliostro, “it has been difficult for folks to roll out a way to verify IDs rapidly at the door. One approach was to print out all currently enrolled students. Or, people wouldn’t really verify, they’d just look at the ID and if it looked relatively good, they got in.”

TokenWorks’ CardDB database application is what makes ID verification possible on the Palm OS-based Handspring Visor. Using the Visor’s expansion capabilities, TokenWorks provides a portable magnetic card processing platform that allows ID cards to be swiped. By uploading a comma-delimited database file to the PDA, the unit can be used to verify student status.

Just upgraded to version 3.2, CardDB also offers an “anti-passback” feature.   Anti-passback ensures that the same card is not used more than once to gain access to a given event (e.g. a student enters the football game and then “passes back” the same ID card for a friend to use). CardDB issues an audible alarm if a card has been swiped more than once within a certain time period. There are four time thresholds-15 minutes, one hour, 24 hours, or one week.

“Supplying universities with these handhelds is our specialty,” Mr. Cagliostro added. “We have over 100 university clients, it might be closer to 200 now, and the new version contains many improvements requested by our university clients over the last year.”

One of the biggest changes in the 3.2 version is the ability to manually enter ID card data if the card’s magnetic strip isn’t readable, added Mr. Cagliostro.

TokenWorks’ second product for handhelds is the CardScribe ID Card Attendance application.   It is typically used in time and attendance applications to capture card swipe information. It can also be used to see the actual data encoded on a stripe and in inventory/logging to track cards that have been issued. That particular product, according to its data specs, captures information on tracks 1, 2, and/or 3 from the magnetic stripe. It also appends a date/time stamp and stores the data in a Palm OS memo.

Another advantage? “As inexpensive as these Handsprings are, we had one dropped which cracked its face, but we found a replacement on eBay for $30,” said Mr. Redwine.

But it could also be a disadvantage since Handsprings are no longer being manufactured. Mr. Cagliostro saw this coming and purchased a large inventory, he said, to tide him and his customers over for the next couple of years.

“We didn’t want to be in a situation where we couldn’t sell our product,” he said. Our customers don’t care that it’s a Handspring Visor. They’re buying a handheld magstripe attendance verification system.”

But the company isn’t relying totally on Visors. “A new reader coming out at the end of the year will be more compatible with a broader range of PDAs,” he said. The reader is designed to work with both the Palm and Windows CE operating systems-enabling support for 30 to 40 PDA models.

The downside, according to Mr. Cagliostro, is that PocketPCs and Windows PDAs are tough on batteries. “Everyone asks me if we can do a PocketPC. The answer is yes, but it cost more and they’ll have a shorter battery life (the current Handspring units will last for 10,000 swipes).”

As a comparison, “we’re selling a 486 computer from a processing perspective. It runs on two triple-A batteries. We just don’t know if we need to go up to a Pentium Three for our customer needs.”

Another company big on PDAs is General Meters Corporation with its Pocket 1Card, a new product that works with the PocketPC operating system and the Hewlett Packard iPaq device.

According to General Meters’ Fred Emery, “we chose PocketPC because it allows us the flexibility needed to write the interface and provide the programming. It runs in a Windows environment and our engineers are familiar with Windows and its code.”

Pocket 1Card is an extension of General Meters’ One-Card System. Like other companies providing mag stripe readers hooked to a PDA, it was designed to operate in portable locations “where you wouldn’t have a card reader already, or for a one-time use where you wouldn’t want to run wires,” said Mr. Emery. “We decided to build the cardreader to interface with the iPaq because it would be more specific to our product. Any changes that needed to be made we could make ourselves as new and innovative uses come to our attention.”

The reader is attached to the bottom of the iPaq and operates off the small amount of power it draws from the handheld, said Mr. Emery. The data is hot-synched (transferred) to the iPaq and can be used for meal verification, financial transactions or student ID checking, he added.

“Our clients are very excited about the product,” he said. “They can use Pocket 1Card as a quick, easy way to check a student’s status, to verify age at age-restricted events for access control to a concert or other campus event, to check parking rights, for security personnel to retrieve student information and to vend meals in a non-traditional location, such as a barbeque in a remote location of campus.”

Emory University in Atlanta, Georgia has beta tested the product and is preparing for rollout.

Dave Siegel, director of Emory’s card program, said the university has “tested it internally (since December) and it works just fine. We’ll be able to download people who are eligible to enter an event, then take it (the iPaq and reader) to an event, swipe the cards, then come back and sync the iPaq and post the data back to our server.”

Mr. Siegel said it can be used at a meal function, for example, to determine how many people were served and where they were from.

Why iPaq? Because that’s what General Meters is offering. “We wanted to stay compatible with them. They’re our one card vendor,” said Mr. Siegel.

He is excited about the possibilities. “We have events that serve alcohol. We can download a list of students 21 or above and do age checking. You never know what sort of request you may get, but once people see it in use, it just sort of stirs the imagination.”

“Our current clients are using our products for a wide variety of solutions, from event entrance (sporting and academic), intramurals, meal plans, outside picnics, tracking mandatory attendance, like chapel or lectures, transportation, etc.,” she said.

“Data selection/eligibility tracking is user defined and both devices have an easy one step load- and off-load process.”

The VDS products involved are RapIDSTATUS and RapIDVERIFY. “We’ve had them out working on various handheld devices,” she said. “We have our existing solutions on Palm using the same hardware that TokenWorks uses. We buy the reader from them but our software is different, a little more configurable.”

She said VDS products “are designed to be non-proprietary and integrate easily with existing campus technologies. So, regardless of what type of ID card technology or systems are being issued on campus, we can use it.”

Coming soon from VDS is PockeTstatus that, said Ms. Rizzetto, provides “full blown RapIDSTATUS product functionality, both on and off-line.” It operates on Windows CE devices and will debut at the NACCU show in San Antonio next month.

“It will do photos, eligibility, tracking, logging, collecting data. It will work online or offline, or wireless and it’s going to be available for magnetic stripe, bar code and other technologies.”

“Come by our booth (at NACCU) and take a look. PockeTstatus is in final development stages and if there’s anything that people want that isn’t included, our developers will be on site to tell us if it’s possible,” said Ms. Rizzetto.

The PocketPC solution, she said, will cost somewhere between $1,000 and $1,500 depending on readers and how they’ll be used.

But she quickly adds that VDS is still supporting existing devices. “If someone wants to put Palm devices out there, we’ll serve them.” 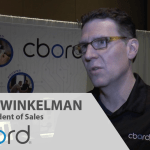