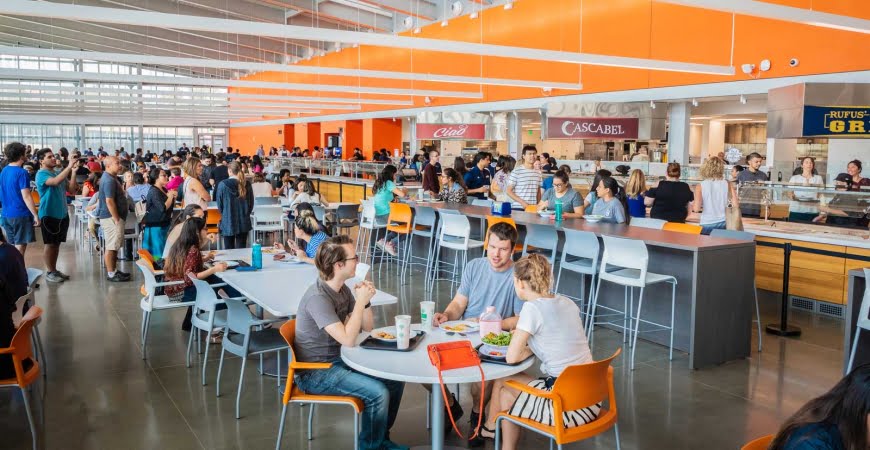 Food insecurity is a growing issue for students nationwide. The rising cost of tuition and academic materials, coupled with everyday living expenses, has put a pinch on some of the essentials that students need in order to thrive — including meals.

This trend has given rise to food banks and meal donation programs on campuses across the country. But there’s one meal donation system at the University of California, Merced that’s set the bar particularly high both in terms of the service it provides and how the system itself has been implemented.

What makes the iCare meal donation program at Merced so unique is that it's been built from the ground up by the CatCard office, led by Abraham Cereno, the university’s Associate Director of the CatCard Program and Application Systems.

"iCare is immediate, private and automated, allowing a full week of meals to be requested from a meal pool using any device, from any location and at any time,” says Cereno. “It’s fully integrated with our CatCard campus identification system, and provides information on trends and usage.”

Cereno has been working on what would eventually become the iCare program since 2016, when a freshmen donated his meal card to fellow students studying for finals. At the close of the 2016 academic year, UC Merced freshmen Harrison Tom saw that he had more money left on his prepaid meal plan than he could spend before the end of the semester.

May 2016: Merced freshman, Harrison Tom, buys and donates 100 meal vouchers to other students studying for finals.

July 2016: CatCard and Dining Services collaborate to understand the initiative, and requirements.

At Merced students receive a starting balance in the fall based on their chosen board plan. The unused balance carries over to the last day of the spring semester, at which point any remaining balance is forfeited.

“Reluctant to lose the remainder of his balance, Tom got creative,” says Cereno. “He used the remaining money to buy 100 meal vouchers and offered them up to hungry students.”

That single altruistic decision on the part of one student had an inadvertent domino effect.

“Soon, other students began redeeming the meal vouchers nearly every hour, which brought its own challenge. Vouchers at the time were printed, and the redemption process was manual, difficult to manage and not entirely secure,” explains Cereno. “We agreed that it made more sense to donate meal plan dollars rather than vouchers, so CatCard and Dining Services staff collaborated to create a better, automated process.”

UC Merced’s iCare meal donation program is the result of that process. Launched in January 2017, iCare is a mobile app that enables students to donate their excess meal plan dollars to peers in need.

Since launching two years ago, iCare has processed over $247,000 in excess meal fund donations and issued more than 39,500 meal swipes to qualifying students.