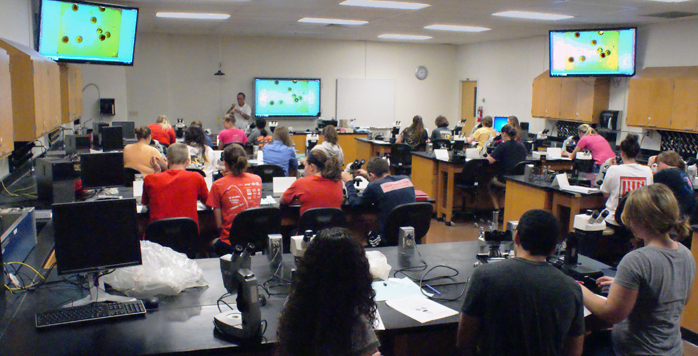 Attendance tracking solutions are growing in popularity in recent years and the trend has seen a number of new entries in the higher education space. Among the newer attendance solutions is a mobile app called SpotterEDU, which has added some 30 universities to its client list, including most recently the University of Missouri.

According to an official university release, Mizzou is conducting a pilot of the SpotterEDU app in approximately 20 courses this semester. Participation in the pilot is completely optional, and has been offered to fewer than 2% of the Mizzou student population.

If a student doesn't want to use the app to track their attendance, they will be required to check in with their professor using an alternate method, such as signing an attendance sheet. Students can select the means of attendance recording that they want, but in order to participate in automated attendance through SpotterEDU students must download the app.

SpotterEDU uses technology that allows faculty to collect reliable and non-invasive attendance records. The app’s beacons connect with students’ phones through Bluetooth technology. No GPS tracking is enabled, meaning the technology cannot locate the students once they leave class.

Mizzou academic administrators will be assessing whether the technology results in improved attendance, which previous studies have shown is the number one indicator of academic success. This is part of ongoing efforts at Mizzou to support student success.

The "iBeacons" that Spotter utilizes are small battery powered devices that emit a bluetooth signal. The beacons aren't connected to the internet and only broadcast a signal denoting which classroom the beacon is located in. The system sees each classroom equipped with a beacon whose signal reaches only to the permitter of that classroom.

The mobile app, meanwhile, is downloaded onto the student's phone and accesses their class schedule. The class schedule info then dictates which students the classroom beacons are told to look for and when to look for them. During a class, if a student comes in range of the beacon, their device communicates with the Spotter platform that they are present. If a student leaves the range of the beacon, the app communicates that they are absent.

SpotterEDU insists that the app only monitors the beacons in the classes in the students schedule, so if the student leaves, the system doesn't know their location.